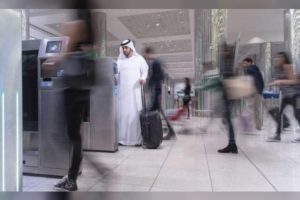 DUBAI — A sophisticated smart scheme enabling travelers to use their smartphones instead of their passport or express gate cards at Dubai International Airport has been launched in the emirate of Dubai .

Dubbed “Emirates Smart Wallet”, the scheme is meant to further streamline travel movement across Dubai International Airport, and is considered the first of its kind in the world.

Launched in its first phase, the scheme, which incorporates traveler personal data, Emirates ID and passport information as well as the e-gate card data, is a stepping stone for a large-scale project to reduce travel clearing procedures to the minimum.