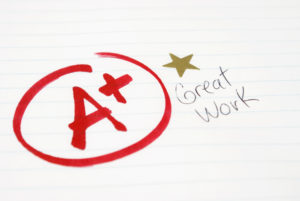 SHARJAH // A private school in Sharjah is celebrating the success of its Grade 12 exam results after two of its pupils were named top-achieving boy and top-achieving girl in the country and 280 pupils attained 90 per cent or higher.

For Al Shola, the success of its pupils in the Ministry of Education exams is testament to the partnerships forged between teachers, pupils and parents, and in spite of a curriculum change that could have affected results.

Three of its pupils were in the top 10 performers nationwide – including top-performing boy Amin Fraij and top girl Laila Khanfar – and another 22 pupils attained at least 99 per cent.

“This school year has been turmoil for us, and for other schools as well,” said principal Ibrahim Barka. “The curriculum was changed and there was a delay in receiving the new curriculum book, which arrived two weeks after the start of the school year.

“Our teachers have found the English version of the curriculum and started teaching the pupils since day one, so that pupils weren’t late and caught up in their studies.”

Another factor was that teachers had been working extra hours and on Saturdays to help the pupils prepare for their exams.

“We had an early class at 7.30am for pupils, and on Saturdays they came in to study or ask for clarification on material they didn’t fathom,” Mr Barka said.

“Our school has teachers working in it between 5 to 25 years and pupils have been enrolled from early grades until they graduate, which makes them have a unique relationship with the school faculty,” he said.

Part of school policy is that top achievers receive cash prizes on an annual basis as a reward for the academic achievements. In a graduation ceremony held this week, the top three pupils received Dh20,000 each, while students who attained 95 per cent or more received sums of between Dh1,500 and Dh7,000. In total, the school distributed Dh650,000 in cash prizes to its pupils.

Mathematics teacher Ahmad Ibrahim said pupils and teachers worked hard to cover the new curriculum and be ready for the exams.

“There was a lot of ground to cover, so we distributed tasks between the pupils themselves, to solve as many mathematics questions as possible, and each student shared his answers with his classmates,” said the Egyptian.

“We also have WhatsApp groups where every pupil can ask the teachers or classmates about anything, anytime.”

He said families played a role in keeping the pupils calm and prepared during the year.

“In our parents meetings, we urged them not to keep pushing their children to study, as it sometimes backfires, or demoralises the pupil. Instead, we told them to show support and, most importantly, trust in their children and their capabilities, which affects the pupils positively and boosts their self-esteem,” he said.

Laila Khanfar, who topped the results table for girls in the country by attaining 99.8 per cent said Al Shola teachers were always there to support them.

“They were so helpful, and professional. The majority of the teachers have long years of experience, and when the new curriculum arrived, they saved no effort in guiding and helping us navigate through the issues and problems we had in the curriculum. That made us understand and be able to achieve the best results in the country,” said the 17-year-old.

“As an example, our chemistry teacher taught us the curriculum in a way similar to college or university lectures. He strived and went above and beyond to help each and every one of us to understand the new curriculum. His efforts did not go in vain.”