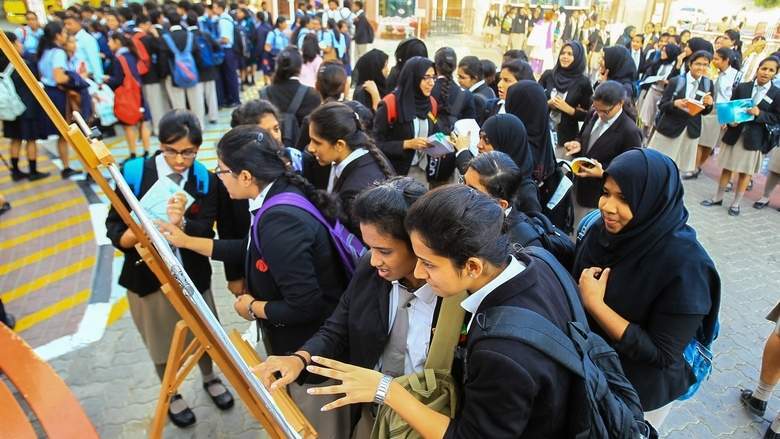 The exact dates of the examinations were not announced and expected on the board’s website next week.

More than 10,000 Indian students have to reappear their Class 10 mathematics and Class 12 economics examinations following a confirmation of question paper leaks by the Central Board of Secondary Education (CBSE), on Wednesday.

Parents, students as well as teachers in the UAE expressed their deep disappointment with the Indian education board’s decision to conduct re-examinations for Class 10 mathematics and Class 12 economics papers.


The CBSE, which runs under the government of India, on Wednesday confirmed in a circular: “The board has taken cognizance of certain happenings in the conduct of certain examinations as are being reported. With the view to upholding the sanctity of the bard examinations and in the interest of the fairness to the students, the board has decided to reconduct the examinations in the subjects.”

However, the exact dates of the examinations were not announced and expected on the board’s website next week.

One teacher said that for most Grade 10 students, the Math exam was the final paper. “Students who had opted for French and Urdu as their second language have exams on April 2. But the exams ended for all the other students on March 28.

Obviously, they are disappointed and upset.”

Reports of the Grade 12 Economics question paper leaking had emerged on Monday; however, the board denied the leak earlier. Questions were leaked on social media channels, particularly WhatsApp.

A Grade 10 student Anagha Rajesh from Sharjah said: “The Mathematics paper went well for most of us… The entire year has been so stressful as this is the first time the board reintroduced Grade 10 exams after eight years… A re-test is unfair on students who worked hard.”

CEO of the Indian High School Ashok Kumar said, “In order to maintain the prestige of the exams, announcing a re-sit is the right step from the CBSE. However, it will cause upset for students who have been impacted by the decision as they will be taking other exams alongside the re-sit papers.”

Michael Guzder, vice president – Indian Schools, GEMS Education, said: “CBSE as a body needs to look at the matter sympathetically from the point of view of parents, pupils and teachers as they have gone through a great amount of stress and anxiety in preparing for the end of year annual examination. It also becomes difficult as most of them are travelling on holiday and gone to write admission tests.”

A Sharjah-based parent of a Grade 12 commerce student, Nisha Panicker said: “My daughter, Anjana, had a good economics exam. The thought of preparing for, and re-writing the exams is an extremely stressful one… Grade 10 and 12 and generally a tough time for students because the board exams are so stressful as it is. This is just very unfair.”

A Grade 10 Dubai-based science teacher said: “Not just students, but parents and teachers have been slogging the entire year to prepare students for the board exams. This decision is mentally, physically, and emotionally taxing for students.” Furthermore, to express their indignation over the board’s decision, an online petition on change.org has been making its rounds among members of the parent and student community. The petition, on change.org, is titled: “Why should innocent students suffer for leaked paper of CBSE exams?”

At the time of print, several 100 students had signed the petition as it was making its rounds among parents and students in the UAE as well. The petition demanded that students in Delhi are the only ones who should attempt the re-tests as that’s the only place where the leaks took place.

Author and former Indian politician Shashi Tharoor tweeted a link to the change.org petition stating: “The CBSE leak is a disgrace and accountability is essential. Officials must be culpable, yet it is innocent students who will be punished.”