Consider a young child in any society as a potential creator, innovator and producer. The child’s conceivable possibilities for excellence, for contributing positively to their community and for finding solutions to the problems of the world is endless. What happens when we, as a global community, do not give this child the basic framework of education needed to unleash this potential talent, creativity and innovation?

Only through education can the adverse and disordered elements, which now compose human society, be redirected and fused into a dynamically functioning order, to create and not destroy. Education is a keystone of the arch of human progress.

The education of every child needs to consistently extend through the natural stages of pre-school, primary, secondary and higher education. These phases of learning highly depend on each other for the proper acquisition of knowledge. A disruption in this process can result in a significant damage to both the students’ and the education system’s progress.


The earliest years of life, especially the first 1,000 days, are a critical foundation for future education and a great opportunity to give the child a great start to life. During this period, children’s brains can form 1,000 neural connections every second. A three-year-old’s brain is twice as active as that of an adult and the connections their brain makes are the building blocks of their future. This activity and connectivity provide the best opportunity to build a foundation for future learning. 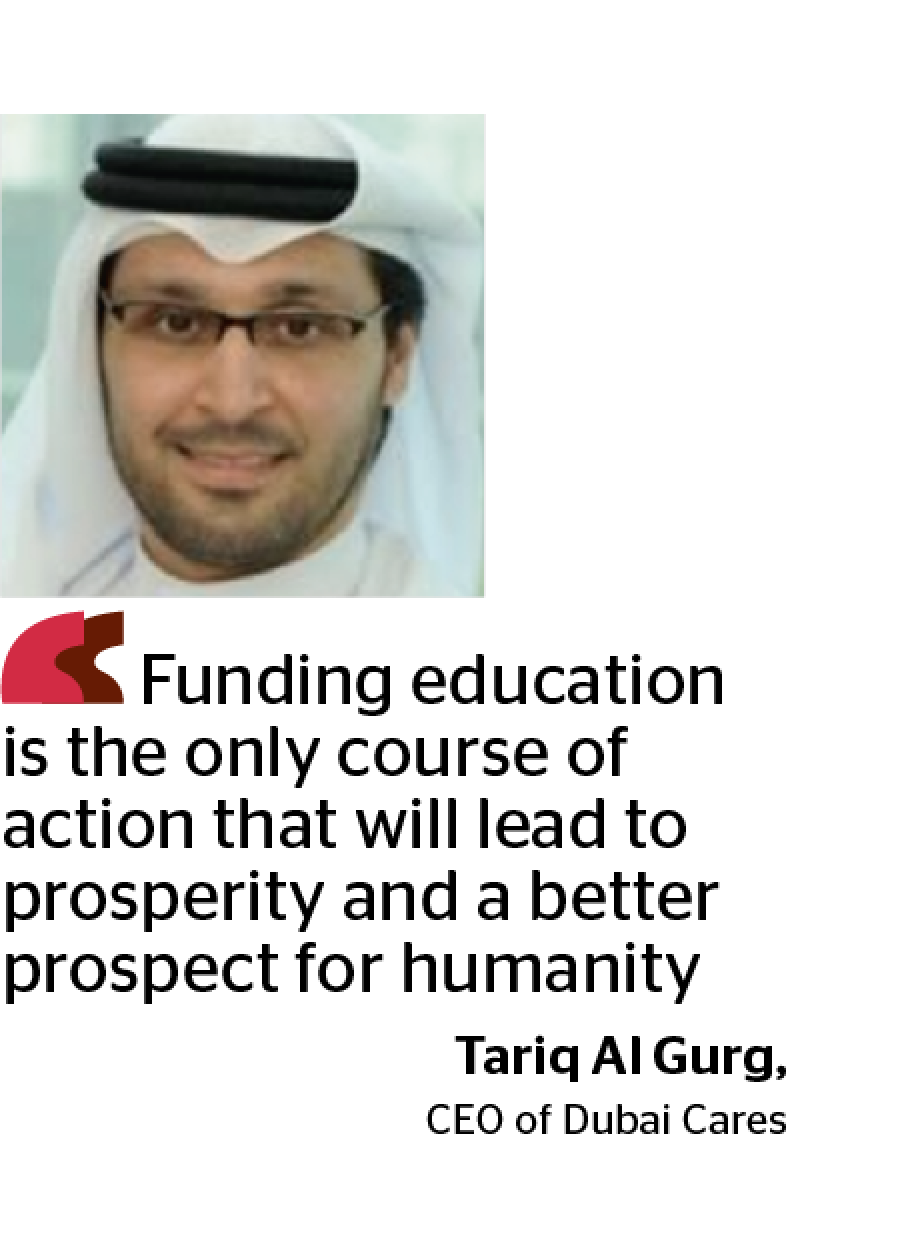 Moreover, the nutrition, stimulation and care children receive in these early days are critical to defining early childhood development and preparing them for the next level. For this reason, pre-school education, the first stage of organiSed instruction that introduces very early learners to a school-type environment, has been proven to have a positive link on future academic performance. Children exposed to pre-school education, regardless of their socio-economic background, have improved social skills, fewer behavioral problems and achieve better grades without special attention, as it is a critical stepping stone in a child’s education journey.

Primary education is fundamental to ensuring the broad-based development of a young mind. This means ensuring that all children can develop their cognitive, social, emotional, cultural and physical skills to the best of their abilities. This is crucial in preparing them for their next level of education. Looked at from an overarching view, as a first step in the creation of welfare and a just society, universal primary education is an absolute pre-requisite for sustainable development.

Secondary education is a bridge for young people from the world of school to the world of work, and nations which are less able to educate their youth all the way through to secondary school suffer the restriction of independence among their citizens. By that very deficiency do we see an increased level of youth unemployment, challenges in overall health, environment, industry innovation and infrastructure that could very well be adjusted by an increased investment in the education of the grassroots of every society – the youth.

According to the most recently published UN Policy Paper 36, The United Nations Sustainable Development Goals’ (SDGs) ambitious target for the international community to ensure all young people complete their secondary schooling with quality education by 2030, is still far from our reach.

Although education aid reached its highest level in 2016 since records on disbursement were established in 2002, more remains to be done to ensure that international education aid goes where it is most needed, and that the appropriate coordination mechanisms are in place. From 2010-15, on average, only 45 per cent of young people were completing secondary school. This strongly suggests that additional and better efficient financing will be an essential part of any strategy to achieve this goal.

Dubai Cares is playing a key role in helping achieve United Nations Sustainable Development Goal 4, by implementing integrated education programmes that are currently reaching 18 million beneficiaries in 57 developing countries, with some not currently receiving aid for education by the international community. These programmes include supporting early childhood development, providing access to quality primary and secondary education, technical and vocational education and training (TVET) for youth as well as a particular focus on education in emergencies and protracted crises.

There are so many instances in the world where a young child misses out on their opportunity to continue their education, which ultimately leads to a stagnation of their development in later years – hence, not being equipped or able to access a secondary level education. This happens due to a myriad of causes that need to be considered.

In the case of education spending, the international community needs to agree that the whole is greater than the sum of its parts. Pre-primary, primary, secondary and post-secondary education need to be considered an interrelated cycle that cannot be detached. A significant example of the disparity in aid for education is that there is a reportedly much larger concentration of donors at the level of post-secondary spending, with Germany ($1.236 billion) and France ($880 million) dominating disbursements in 2014-16.

With such a disparity in a framework of global aid for education, some children will evidently be left behind. In this sense, our efforts as an international community must not be fragmented or focused on one element of the problem any longer.

This also goes beyond the challenge of providing primary to post-secondary continuity; we need to increase the aid for teacher training in developing countries, TVET and education in emergencies.

A holistic approach for aid to education must be prioritised on an international level. Owing to the significant role education plays in the advancement of societies, it is of paramount importance that sufficient funding is allocated to this essential pillar for the healthy advancement of civilisation. Not heading this cause can result in a country’s stagnation and its people’s deprivation.

In addition to being the strongest protagonist to human progress, education is an irrevocable right of every human being that needs to be prioritised by the international community at a greater weight for the progress of less-fortunate and less-affluent nations, to enable them to provide quality education to children and young people.

Funding education is the only course of action that will lead to prosperity and a better prospect for humanity.

The writer is CEO of Dubai Cares. Views expressed are his own and do not reflect the newspaper’s policy.

Abu Dhabi schools show a 34 per cent improvement in performance