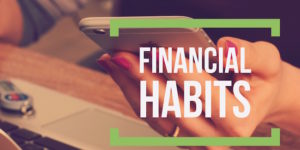 ABU DHABI // Parents have to take the lead in teaching their children about financial control, experts say.

Valuable lessons can come from making them earn and save pocket money, opening bank accounts and showing them the household bills.

Parents can introduce children to the concept of exchanging money for a product or service from as young as 5, said Rasheda Khatun Khan, of Design Your Life.

“Parents should get their children to understand that they are part of a system,” said Ms Khan, a financial advisor.

“At the supermarket, have the child give money to the teller so they know there is an exchange going on.”

“They need to understand that if they want something outside the budget, it comes out of their allowance.

“It doesn’t mean they can’t have it, it just means they have to save for it.”

Brendan Dolan, of Old Mutual International, said some parents gave pocket money to their children for nothing in return.

“Place a value on work or chores for a reward, then together identify savings and goals and agree on steps on how they can reach them,” Mr Dolan said.

Many young adults who move out of their parents’ house are shocked when they have to deal with the realities of managing a household budget, he said.

“Sit down and show them your bills and statements, and demonstrate how you pay to keep the lights on and the fridge full,” Mr Dolan said.

National Bank of Abu Dhabi said the average resident is Dh42,571 in debt – a figure that has risen in the past two years.

A company that renegotiates personal debts with banks said its clients had average owings of Dh400,000 – and an average salary of Dh14,000, with monthly repayments of Dh23,000.

Gaurav Bhalla, the founder and chief executive of Lotus Loans and Rescheduling Services, said he had dealt with about 1,000 such cases since the company’s launch last year.

“The unfortunate part is that a lot of our customers are not that credit-savvy,” Mr Bhalla said at The National’s debt panel this week. “We ask them simple questions like, ‘how much is your monthly commitment to the bank?’ They fall short of even being able to answer that.”

But he said that banks in the UAE had been generally supportive of making younger generations financially literate.

Most banks have junior accounts for first-time savers, such as the Nbad First Step Savings Account, or the Emirates Islamic Child Savings Account. These accounts have minimum deposits that range from zero to Dh3,000.

“Some banks require a minimum amount to open the account but a minor won’t be able to open one on their own, so their parents have to do it with them,” Mr Bhalla said.

He said schools and parents should take the initiative to educate children about saving.

“They should be advised not to spend the entire amount of their pocket money and to incorporate the habit of saving,” Mr Bhalla said.

Online safety ‘should be taught at UAE schools’