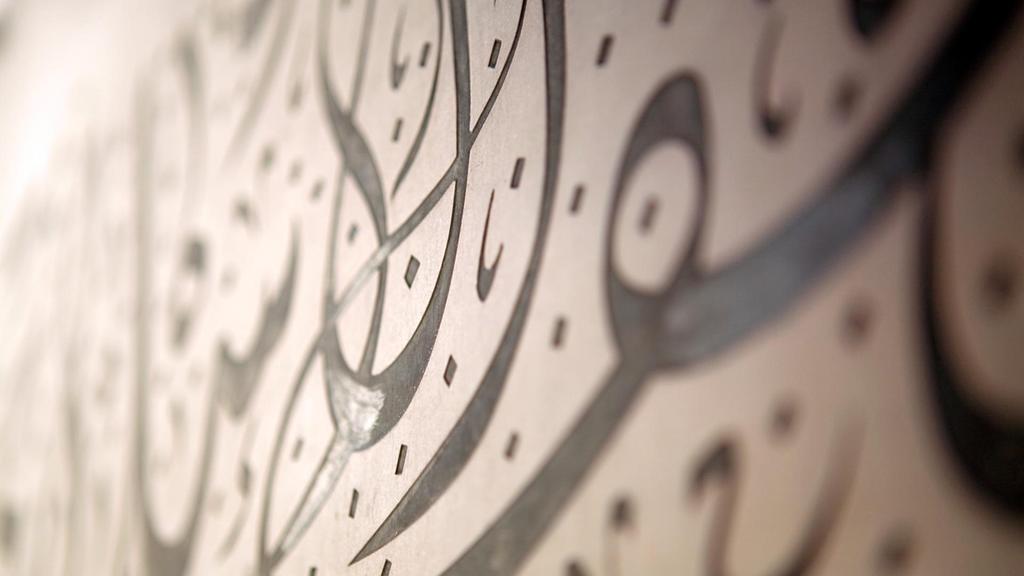 Too many young Arabs think that speaking English gives them bragging rights, and they are neglecting their mother tongue as a result, teachers say.

Young Arabs think speaking English gives them bragging rights, but the declining use of their mother tongue is causing concern.

In response, the UAE Government is rolling out the Bil Arabi initiative on World Arabic Language Day, which the UN marks every December 18.

The initiative seeks to preserve the Arabic language and promote its use across social media channels.

It will include special courses taught in public schools, with an open invitation for private school pupils to attend. The initiative is a partnership between the state and the Sheikh Mohammed bin Rashid Knowledge Foundation.

Experts note that there are many factors driving the declining use of Arabic – globalisation, the digital revolution, outdated teaching methods, the influence of other languages, especially English, and the rapidly increasing use of Arabezi, which is the use of the Latin alphabet to spell Arabic words.

Some Arabic teachers and parents warn that Arab youths are suffering from culture shock to the extent that they brag about the use of languages other than their native tongue. The 2015 Arab Youth Survey found that more than a third of respondents used English more than Arabic in their daily lives. Yet, two thirds of them expressed concern at the declining use of Arabic.

Someone with coal-face experience of the phenomenon is Noor Hamdan, an Arabic teacher at an English private school in Sharjah.

“Pupils are preferring to speak and write in English,” Ms Hamdan said. “They think that by speaking English they can brag about their ability to use a foreign language.

“So many Arab students don’t prefer Arabic as a subject in schools. They even use Arabezi while texting. [This is] destroying their native language.”

The Bil Arabi initiative includes a year-long series of events and activities in the UAE and abroad, targeting students and the wider public. It is also being extended to Bahrain, Egypt, Kuwait and beyond the Middle East.

In a bid to reach the youth demographic, some of the programmes aim to promote the use of Arabic on Twitter, while booths in 20 shopping centres will also help raise awareness.

A special radio show is set to be broadcast on Al Oula radio station.

“There is no creativity without using the native tongue, which is central to individuals’ identity. Koreans and Japanese have made creative contributions using their language,” said Mr Bin Huwaireb.

He is also concerned that “nowadays, Arabic is not a scientific language.

“With these initiatives, the Arabic language will gradually regain its role to be a scientific language,” he said.

Jameela Al Muhairi, Minister of State for Public Education, said: “The Ministry of Education is committed to developing Arabic-language curricula to enrich students’ language skills. The Ministry has made key improvements to its courses, offering students new ways to interact using the Arabic language and improve their knowledge and skills.

“It’s vital to educate pupils and members of the public to use Arabic. We have launched Bil Arabi Club, which targets students in all public and private schools,” she said.

The goal is to get school students to reach a “90 per cent” level of Arabic proficiency.

“The initiative’s key [aim]is to improve reading skills among our children. Exams conducted to assist children’s abilities in Arabic showed that they have poor reading skills,” Mrs Al Muhairi said.

Workshops are also going to be held for adults, including foreigners.

Mrs Hamdan, who has been teaching Arabic for more than 10 years, said: “Over the past few years, I have seen that pupils’ writing and reading abilities in Arabic have declined. Arabic national students are abandoning their language.”

Maryam Nasser, an Emirati mother of three, said the main reason most kids don’t speak Arabic is the environment they are raised in.

“Most of the kids are raised by non-Arab nannies. That’s why Arabic is not the language they use at home. It can also be that the parents communicate in English,” she said.

“The parents in my opinion should start speaking to their kids and to each other in Arabic. With time, after one year for instance, the situation will definitely change and the kids’ Arabic will also [improve],” said Mrs Nasser, 37.

While it is important that children learn English, Mrs Nasser thinks parents should postpone this until they start school.

“It is a shame to see an Emirati kid who speaks broken Arabic,” she said.

Dubai students can now learn how to fly drones