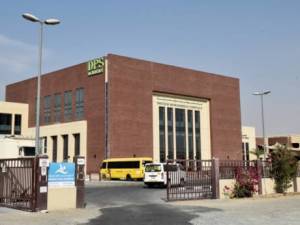 Dubai: Published: 22:00 October 20, 2016 – The Delhi Private School (DPS) Academy at the Dubai International Academic city has announced its closure after this academic year in March 2016, sending shock waves among parents of its 430 students.

The school which opened in 2013 got an acceptable rating from the Knowledge and Human Development Authority (KHDA). It has the Indian Certificate of Secondary Education (ICSE) curriculum which is available only in three other schools — Gems Modern Academy (GMA), Ambassador School and JSS International School.

Parents complain of financial losses and emotional trauma as they had no idea the school was about to close. Raj Bhansali who moved his daughter Manya from GMA only this April as it was unaffordable told Gulf News: “If a school is to close in the current academic year, how come it was advertising admissions and keeping seats open? My daughter joined grade 2 this year and as an attractive incentive, the school waived the uniform and book fee. They announced the closure of the school on October 17 after sending circulars to all parents.”

The KHDA rule says if a child has attended more than two weeks of school in a term, the school stands to gain the fee for that month.

“How can we keep our child in a school until March as the teachers are demotivated and leaving themselves?” asked Bhansali who stands to lose Dh4,000 in this process even while he has to pay the full amount to another school where he is seeking admission for his daughter.

Another parent John George who has two children in the school — Nova (grade 8) and Moses (grade 4) — is traumatised by the whole incident. “No ICSE school will admit my daughter in grade 9 next year and I have to move her to another school right now after getting this news. I also decided to move my son as the future of children is at risk. The management clearly said they take no guarantee of the teaching in the forthcoming months and demoralised teachers are bound to leave. I had to take leave from work, run to other schools, I had paid over Dh60,000 for two children in this school and now had to pay at least the first term fee along with registration and new admission fees in the next school. I am going to lose Dh8,000 here. This is an emotional, financial and mental loss to us,” he said.

A similar story was narrated by Tony Thomas whose daughter Emily Thomas was a student of grade 2. “The DPS is such a respectable name in the field of education and we never thought the school would leave us in the lurch like this.”

“We had no inkling the school was to close down as they were sending us fee reminders and I paid up the tuition as well as extra-curricular activities fee. I have been told my entire amount for extra-curricular activities plus November fee will be forfeited. I stand to lose Dh6,000. This is unethical,” complained Priya Dave whose daughter Dhwani was a grade 1 student having studied for two years at the school. “This has created a great turmoil in our lives and the minds of our children,” said Dave.

Dinesh Kothari, the pro vice-chairman of the school, told Gulf News: “We are a law-abiding organisation and have followed all KHDA rules. How could we inform the parents as we were waiting for the KHDA approval? We offered seats at the end of the academic year to all parents in our other two schools in Sharjah and Dubai which are Central Board of Secondary Education (CBSE). I want to tell you that at least 300 parents have taken up the offer and we were prepared to accommodate all students from here even if it meant adding more classes and extra rooms. The parents do not forfeit any fees.”

Incidentally, the KHDA school inspection report on DPS Academy says it had a teacher turnover of 57 per cent. In its latest report on the school, the KHDA appreciated “the good level of students’ personal and social development … the commitment of the new principal and staff to provide improved educational opportunities for students in the school” and “the strong relationships between staff, students and parents”.