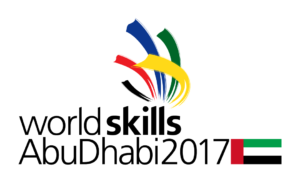 DUBAI, 18th May, 2017 (WAM) — The General Authority of Youth and Sports Welfare, GAYSW, has reviewed plans of WorldSkills Abu Dhabi 2017, which will be held in Abu Dhabi on October 2017.

The competition’s delegation, met with officials from the authority and briefed them about the international event, which will make Abu Dhabi a beacon of welcome for the world’s most skilled youth. Its plans comes in line with the strategy of the Abu Dhabi Centre for Technical and Vocational Education and Training to introduce international skills’ contest to government institutions.

Ibrahim Abdul Malik Mohammed, Secretary-General of GAYSW, said, “We are proud to support this major event, hosted by the capital, Abu Dhabi, for the first time in the Arab region, especially as the UAE’s youth will join the youth of the world to compete in 51 skills.”

Eng. Fahar Al Suwaidi, Head of Communications and Marketing at WorldSkills Abu Dhabi 2017, praised the support and co-operation from GAYSW, to make this event a success.

The WorldSkills Competition, which started in 1950 in Spain, aims to support and sharpen the skills of young talents from around the world in technical and professional areas.

This major event will be held with the participation of more than 1,300 participants from over 70 countries, targeting more than 100,000 visitors who will all head to the Abu Dhabi National Exhibition Centre for four days, from 15th to 18th October, to attend the activities of the 44th edition of the WorldSkills Abu Dhabi 2017, which is the first high-level event of its kind hosted in Arab, North African and Middle Eastern countries.