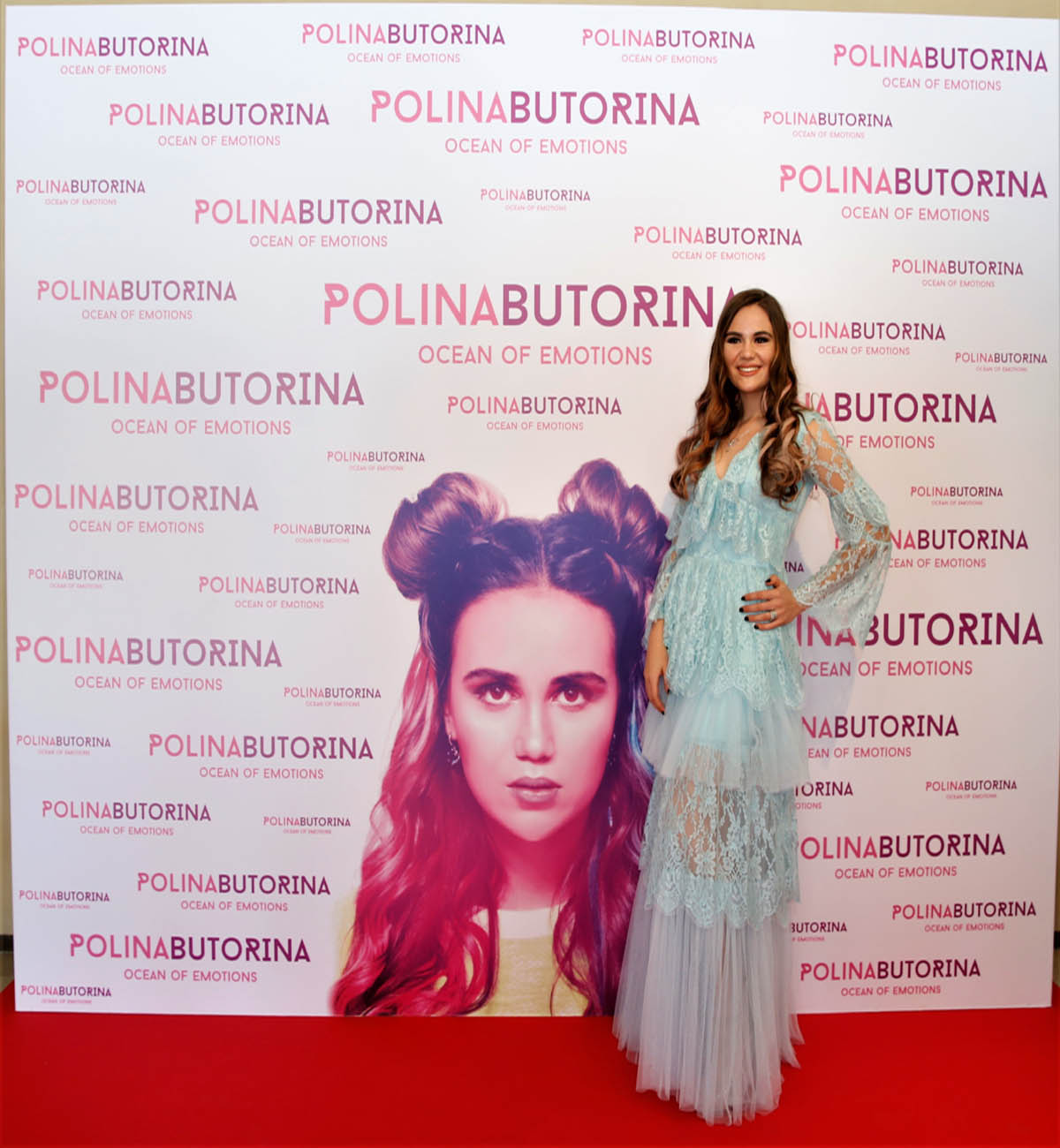 The album was launched simultaneously with the premiere of the recent Hollywood motion picture ‘Maximum Impact’, in which Polina played a main role. The album’s three tracks – ‘Higher Than the Sky’, ‘I Want to Be Free’ and ‘Like Thunder’ were part of the movie’s soundtrack.

Launching the album, Polina said, “The album explores the idea of love in its different appearances. The main concept revolves around that universal feeling – either happy or unhappy. A person who ever was in love becomes stronger and richer, starts understanding himself and the world that surrounds him much better.”

“The album communicates with the feelings of the modern youth, which are close to my heart. Do what you enjoy and look optimistically towards the future. There are so many interesting things in life,” she added.

Polina wanted to make an international project that would be heard all around the world and everyone would understand it, that’s why the songs are written in English. She was greatly influenced by her movement to Dubai as all of her surroundings had completely changed. “Everything started happening quickly, twisting itself into a whirlwind of thoughts and emotions, until they can no longer be stopped and held inside. At this moment something incredible happens and the process of creation begins”, she says.

In Maximum Impact, Polina plays the character of Brittany, Secretary of State’s granddaughter, whose kidnapping leads to a large-scale operation including the involvement of Russian and American secret services.

Andrzej Bartkowiak, director of the movie, who has also directed ‘Romeo Must Die’ and ‘DOOM’, says that he is confident that they made a worthy step towards her future star career.

Speaking about her experience of being a part of Maximum Impact, Polina said, “It has been a great pleasure working in the movie and playing such a vital part. I am greatly influenced by all actors in the movie. It has been a very special journey.”

Providing insight into a few songs, the singer said, “Disaster in Disguise’ is the title track and it tells a whole story about love at first sight from the point of view of a girl who randomly saw a young man and as soon as their eyes met each other, she felt a sudden strike of chemistry between them. She does not know anything about him, not even his name. She thought that she was strong enough and nothing could touch her heart, but she was wrong, and now he is the only thought that fills up her head.”

Songs in the album:

The release of the album on iTunes and Google Play was on November 14, 2017.

Children line up for a musical performance