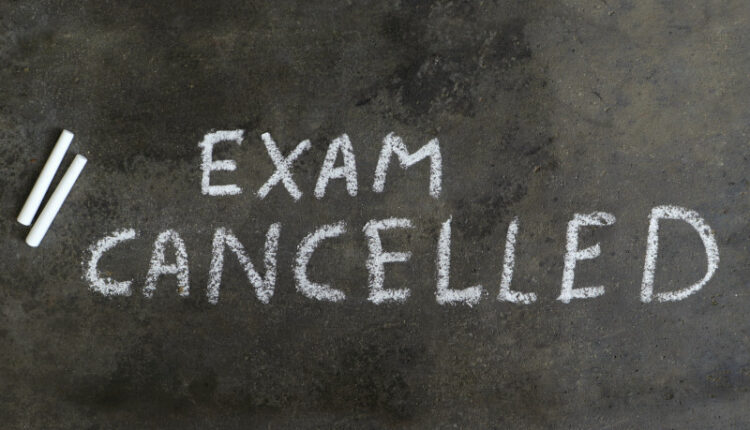 Indian PM Modi said the issue of board exams has been causing immense anxiety among students.

Students, teachers and parents of CBSE schools in the UAE have hailed the Indian government’s decision to cancel Class XII board exams this year.

This decision was taken at a high level meeting chaired by Indian Prime Minister Narendra Modi on Tuesday keeping in mind the health and safety of students due to the Covid pandemic.

Modi said the issue of board exams has been causing immense anxiety among students, parents and teachers, which must be put to an end.

At the meeting it was decided that students would be evaluated ‘on an objective criteria and time-bound manner’, the details of which will be released later. It is very likely that the Class 12 result will include the performance of a student in the past three years.

Students will also have an option to appear for exams if they so wish, when it is safe.

CBSE-affiliated school principals have welcomed the move saying the indecision was tough for students and they hope the government of India will move quickly to clarify how the children will be assessed.

Michael Guzder, Vice President – Education – GEMS Education said, “The cancellation of the CBSE Grade 12 Board examinations has been announced not a day too soon.

“The unanimous feeling is that this is a correct decision, keeping in mind various factors – health and safety of pupils and teachers being paramount. How the marks will be calculated is still to be intimated, but I am sure the CBSE will take a fair and correct decision, keeping the interest of the pupils in mind. The same has been done for the Grade 10 examination recently. There is a sense of relief all round now, as pupils look forward to joining college and getting on with their lives.”

Earlier parents and students across the subcontinent and overseas, had been protesting against holding of Grade 12 exams.

Hashtags such as #CancelBoardExams and #ModijiSave12thStudents continued to trend on social media, as students, parents and educators were concerned about exposing themselves to Covid-19 while writing the exams.

Annie Mathew, Principal of Gulf Model School, said, “The long and arduous wait is over and finally there’s clarity and closure regarding the Grade 12 boards. There’s definitely a very responsible task ahead for the board and schools to compile the results such that meritocracy is hugely taken into account. Most internal assessments in grade 12 were conducted online this year wherein chances of unfair scores are high compared to onsite exams. Tabulation of results needs to be done prudently, with a lot of thought.”

Head teachers say the number of children affected in the current wave of Covid-19, also had a role to play in this decision.

Sanjeev K Jolly Chairman, Gulf Sahodaya (CBSE Schools, in the Gulf) and Executive Principal, GEMS Our Own High School, opined, “The decision taken by the Indian Prime Minister, has been based on the possible risk attached if the children do appear for exams. The second wave of Covid-19 in India has been more severe and the number of children has been more than the first wave. So the worry was that if the children do come in to give exams and get affected? Bearing this in mind, the decision taken by our PM is absolutely right.”

Meanwhile, students who were exhausted revising the Grade XII CBSE syllabus continuously and worried about college admissions are finally rejoicing, at least to some extent.

Aarti Sundar, parent of a Grade XII student, said, “Lately, I was getting sleepless nights thinking about this issue. I am so relieved now. In the last few days my son had stopped studying because he said he was feeling tired of going through the same thing over and over again. This gives a closure to students and their families. Now we can plan for the future course of action…primarily his university admission and travel.”

Hansel Mathew, Gems Our Own Al Warqaa, said, “I am absolutely ecstatic! I can finally focus on my university admissions. As soon as I heard the news, it felt like a huge weight had been lifted off my shoulders. Now we finally have hope of getting into college in 2021 itself.”

Some students however were skeptical about the assessment criteria.

Petitions supported by students are also being filed to concerned Indian authorities to formulate Aptitude based Admission criteria for students seeking admissions in professional courses.

Farzeen Ajmal Khan, a science student at Our Own English High School (boys), said, “The actual grading criteria and the uncertainty surrounding it is worrying.

“We’ve been told that there is an objective criterion that is going to be arbitrarily assigned by the government and this may impact our job applications. But on paper, everyone knows this has been the year of the pandemic, so we’re hoping that this would not matter in the future.”

Farzeen has already written the LSATs and found a placement in Jindal Global Law School in Delhi. “A lot of my classmates are focused on their JEE exams as well,” he stated.

Ayan Shah Nawaz Kazi, another science student with Our Own English High School (boys), said: “If they decide to grade us on the cumulative results from Grades 9, 10 and 11, I don’t think I would do as well as I would’ve if I had been given an opportunity to attempt the board exams,” said Ayan.

He hopes to travel to Switzerland to study mechanical engineering and the universities of his choice require to see results from his Grade 10, 11, and 12 exams.

“This has pushed my plans further by an additional three months. The uncertainty is definitely frustrating,” he added.