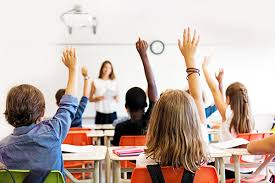 As schools reduce fees due to demands from parents, some teachers bear the brunt

Teachers have told of forced resignations and pressure to accept lower salaries or unpaid leave due to the coronavirus pandemic.

Some described being faced with a series of hard choices as schools looked to adopt new measures to help them cope with the impact of the outbreak.

In some instances, teachers said they had no option but to quit work after being asked to take long-term unpaid leave with no guarantee of a job to return to. Others said they had been informed of a cut in salary of up to 80 per cent just days before being paid, with some of the reductions continuing for the foreseeable future.

Gems Education, the country’s largest private school group and Taaleem, the second largest, said full salaries would be paid and there were no planned redundancies. Teachers in government schools, run by the Ministry of Education, said there were no reports of wage cuts or layoffs.

The toughest cuts appeared to be in smaller school operators.

A British teacher at Raffles Nursery in Dubai, said she had been in front of her class on April 5 when she was asked to go on unpaid leave the next day.

She chose to resign instead, and was now waiting for Innoventures Education, which operates the nursery, to pay her end of service gratuity.

“We were told that we could either choose to get 20 per cent of our salary, for which we would need to come to the nursery and teach online for two hours every day, or could resign,” she said.

“Teaching assistants at our nursery were calling us and crying, saying they would not be able to afford meals.

“Parents were left in the lurch. We got emails from them asking us where we were.”

Private sector employers responding to the pandemic are entitled to make adjustments to their working practices in order to keep their businesses going. Options include implementing remote working, granting paid or unpaid leave, or temporarily or permanently reducing staff salaries.

Key to the statute, however, which was announced by the Ministry of Human Resources and Emiratisation, is that any of the measures implemented must be agreed on by both employer and employee.

“An employee’s refusal to accept such amendment may not be considered as a valid ground for termination,” said Dr Hassan Elhais, legal consultant at Al Rowaad Advocates in Dubai.

“An employer may argue that the employee is made redundant due to genuine commercial reasons such as loss of business.

“[But] termination for any reason not related to the employee’s performance would be deemed as arbitrary termination and the court has the discretion to award relevant compensation to this effect.”

A second nursery teacher, who also did not want to be named, told The National she was now without a job after refusing to take unpaid leave.

The British employee, who works at Jumeirah International Nursery in Dubai, said she had rejected signing a document agreeing to the proposal and had since been forced to leave.

“They asked me to go on unpaid leave with a possibility of being terminated in September,” she said.

“Having committed five years [to the job] I was happy to take a pay cut and continue working.

“But I was counting on being paid to pull me through to the next month. Now I am unable to pay my rent and my bills.”

Another teacher also revealed she had been forced to take a 50 per cent pay cut due to the pandemic.

The staff member at International Academic School in Dubai, who again wished to remain anonymous, claimed she was now in a very difficult position financially.

She said managers at Athena Education, which operates the school, had told her salary reductions would continue for the remainder of the academic year.

She revealed her school had drafted a letter for all staff to pass on to their landlords requesting “leniency” over their rent, but emphasised there was no guarantee they would agree.

Other teachers who work for Athena Education said they had been asked to take unpaid leave for the rest of this year, effective from April 1. This was despite the staff working throughout the entire month.

“People have not been let go but we had no choice but to take a 50 per cent reduction in our March salary,” a teacher with the group said.

“I received the first notification of the reduction just three days before I was paid.”

Robert Welsh, founder of Teachers Social, a teacher support group in Dubai, said he was warning staff not to resign if asked to do so.

Instead of taking an income drop, [it seems some] schools would rather lose teachers

He urged school operators to look after the welfare of employees during what was clearly a stressful time.

“If the school forces you to resign, get it in writing from them,” he said.

“Schools need to stop bullying staff. A lot of teachers are getting salary cuts in Dubai and Abu Dhabi.

“They should look after their employees. Instead of taking an income drop, [it seems some] schools would rather lose teachers.”

Ian McNiff, group director of Athena Education, which operates 11 campuses in Dubai and Sharjah, including nine schools and two nurseries, said it was important to recognise the extent of the challenges ahead.

Last month, all of its employees were informed of a “50 per cent downward salary adjustment” for March, although Mr McNiff stressed this was not necessarily a long-term move.

Instead, the organisation has said it will continue to pay full salaries to most staff, but on a staggered basis rather than in a single lump sum.

“We have not terminated any staff, nor do we plan on doing so at this time,” he said.

“We are making adjustments, not terminations, and that’s important to note.

“As outlined in the letter sent out, we will pay staff their full salary but not in one go.

“We are incredibly proud of how our teachers have navigated through this crisis.”

Dubai’s Knowledge and Human Development Authority, which regulates private schools in the emirate, confirmed schools have the authority to cut or even stop teachers’ salaries.

It said staff who felt changes to their employment status or income were unfair could contact the Ministry of Human Resources and Emiratisation for arbitration.

“In line with regulations from the Ministry of Human Resources and Emiratisation, employers affected by the Covid-19 pandemic may reduce or stop the salaries of employees,” it said.

“Employers must continue to provide residency visas and health insurance during this time.”

Meanwhile, a spokesman at Innoventures Education, operator of Raffles Nurseries, acknowledged the impact of the ongoing crisis.

“We are living through an unprecedented public health crisis that has had a significant impact on our communities,” it said.

“Our teachers are working from their homes to see that learning continues.”

Lessons from a Challenge