What are the challenges children in India face today?

A single day with plenty of memories: Children’s day holds a plethora of memories for adults and children.

New Delhi: Ask any teacher or child about his or her most memorable day in school and the answer is most likely to be Children’s Day — celebrated in India on November 14, the birth anniversary of Pandit Jawaharlal Nehru, the first Prime Minister of India.

An integral part of childhood, Children’s Day holds a plethora of memories for both adults and children. Recollecting the fun time they had as kids, elders now try to recreate similar events to make the day special for children. Most schools in India hold fancy dress competitions, painting contests, cultural programmes and fairs that are organised by the children, for the children. 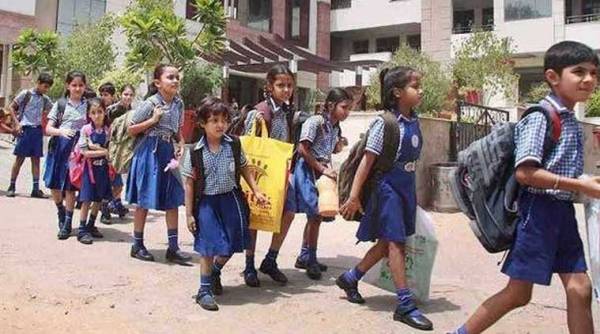 Rajbir Singh, Principal, Government Boys Senior Secondary School, New Delhi, says: “Like every year, children of our school will decorate classrooms and corridors with balloons and ribbons and hold a fair, wherein they set up variety of food, toys and essential items stalls. But the day begins when they are briefed about the significance of the day, with emphasis on how Nehru sacrificed the comforts of life for country’s freedom. Relating stories about him brings motivation in children’s impressionable minds.

“Interacting on a personal level, without studies coming in way, we see the real potential of children coming out. And with the changing times, we have evolved ourselves. Our school has set guidelines for teachers to narrate real time stories so that students can relate to them. For instance, this Kerala-based 17-year-old Anie Ribu Joshy, who is perhaps the world’s youngest anti-drug activist, amazes me.”

Anie gives motivational training to students and shot to limelight when she challenged Prime Minister Narendra Modi on a YouTube video, asking what he could do to wipe out drug mafia from the country. Anie runs a campaign which aims at helping students overcome addiction by erasing negative thoughts and developing a positive attitude.

Having the same opinion as Singh, Manisha Kumari, teacher, Kendriya Vidyalaya, Jaipur, also felt it was imperative to create awareness among children about the ills plaguing the society. “I begin preparing for the occasion, days in advance by gathering stories of young achievers and read them out to children. It is a blessing to see the change in them, as they strive to follow the stories protagonists. This time the story will be about the Allahabad, Uttar Pradesh girl Shruti Pandey, who at the age of six became the youngest yoga trainer in the world. Today, at 12, she has followers ranging from businessmen, teachers, housewives and pensioners in several states.”

When Gulf News spoke to Shruti, she said, “I like to remain fit and disciplined. With my passion for yoga, I have been able to teach asanas to many people and they have got rid of severe diseases. Helping people will always remain my life’s aim.”

M Tenith Adithyaa is another role model who tries to make Children’s Day special in his own way. He says, “I do not want to live with problems. I want to solve them.” The 18-year-old wonder child from Tamil Nadu already has more than a dozen inventions under his name. One of the most interesting includes, the banana leaf preservation technology, wherein banana leaves are preserved for a year without using any chemicals. These leaves are turned into cups and plates that can resist extreme temperatures and are very durable. The Ministry of Environment and Forests, Government of India, has approved the project and Adithyaa has received various awards for it. Inspired by a renowned inventor, painter and sculptor, he said, he has decided not to become a scientist, but an inventor who makes people’s lives better.

What challenges do children in India face today?

There’s no denying that life has become extremely competitive for children today. This competition, instead of bringing out their healthy side, is leading to aggression and depression in children. Counsellors believe the internet and video games have a huge role to play in this and the society needs to understand how children are channelling their anger. They are stressing on the need to find corrective measures to address the issues of anger management in adolescents.

Dr Sana Khan, psychologist, feels it is essential to create awareness among children from wealthy families about the difficulties children on the streets go through due to poverty and hunger. “For the poor, every day is a struggle, as they fight with issues like child labour, slavery, social exclusion and lack of education. On the other hand, those who live a fulfilled life and are born in the lap of luxury, do not value those luxuries. For them, life is all about flaunting their parents’ money.”

In a perfect world, children would grow up to be healthy and happy, but numerous influences are encountered by children in their early lives that have an impact on their development — both in negative and positive ways.

Professor Sidharth Krishna of Motilal Nehru Medical College, Allahabad, Uttar Pradesh stressed on the need to focus on behavioural patterns of children, the challenges and problems they face. “It is the foremost duty of the parents to become children’s role model. Sadly, in India childcare is the least important issue in most families. People are neither careful about the health of their child, nor bothered about their future. On top of that, absence of the joint family system has taken away the warmth of relationships, as children grow away from grandparents, who are the soul of a family,” he said.

“Unlike earlier times, when children grew up listening to stories of truth and valour, working parents have no time for their kids. Busy following their financial quest, while the well off are busy with their own lives, children of the poor are struggling for two square meals. As a result, children from both strata of society are suffering, owing to superiority or inferiority complex,” he added.

Children go through turbulent times as they feel all kinds of pressures — from parents, school and peers and because of over-expectations from all quarters; they begin to doubt their own abilities. The educationist felt, such children were devoid of the much-desired social and emotional security and not finding any channels of communication open to them, they end up resorting to actions that lead them into trouble.

However, he added, “It’s a miracle that despite adverse circumstances, a lot of children in India are still creating world records in diverse fields with their talent.”

Why is Children’s day celebrated on November 14?

November 14, 1889, is the birth date of Pandit Jawaharlal Nehru, India’s first Prime Minister. After his death in 1963, the day continues to be celebrated as Children’s Day, as Nehru is known to have been very fond of children. Many of his photographs show him enjoying the company of children, who fondly referred to him as chacha (uncle) Nehru.

Dedicated to children, the day is also known as Bal Divas. Nehru thought children are the future of a nation and they need utmost care. Affectionate towards them, he strongly believed that only a healthy and a happy child would grow to be a responsible citizen and build a strong nation. He worked for the welfare of the children and the country tries to increase awareness among people towards their rights and education.

India: Children’s dreams for the country and themselves