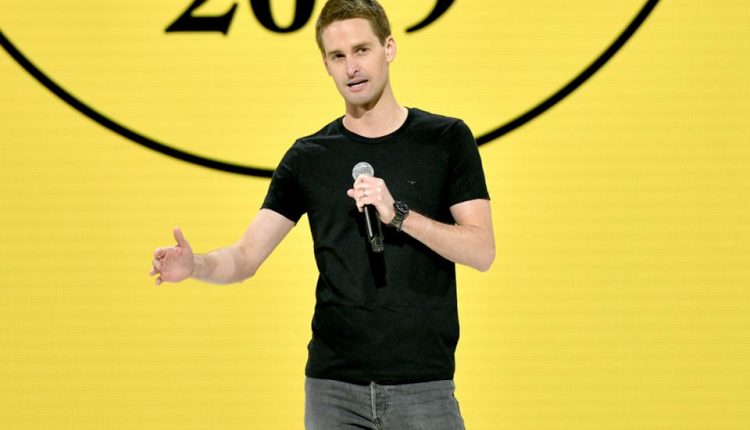 Written by Viraj Pathania, The Young Vision Ambassador (Since Mar 2019), Our Own High School

“In times of despair, you may believe the cynic who tells you that one person cannot make a difference — and there are times it may be hard to see your own impact. I beg you to remember that it is not possible at this time or any time to know the end results of our efforts.” – Evan Spiegel.

Who is Evan Spiegel?

Let’s start with the basics and get to know who he is. Born in 1990, Evan Spiegel is the co-founder and CEO of the renowned company ‘Snap Inc.’, the parent company of Snapchat. Spiegel developed this popular photo- and video-sharing app with Bobby Murphy and Reggie Brown while attending Stanford University. This app was originally named ‘Picaboo’ and released in 2011; it started gaining recognition the following winter. Spiegel is also well known for his marriage to Australian supermodel Miranda Kerr.

As a teenager, he received a $250 weekly allowance. Both his parents were lawyers and they eventually divorced. He asked his dad for a BMW, but his dad refused, so out of protest he moved in with his mom. His mom leased him a $75,000 car.

He attended the Crossroads School for Arts and Sciences in Santa Monica. He also took design classes at the Otis College of Art and Design while still in high school and attended classes at the Art Center College of Design in Pasadena.

As a student he also used to attend an unpaid internship in sales at Red Bull.

After completing high school, he joined the prestigious Stanford University in a product design programme and was accepted into the Kappa Sigma fraternity.

Changing of Picaboo to Snapchat and foundation of Snapchat  Inc.

In 2011, he launched ‘Picaboo’. ‘Picaboo’ had a feature of disappearing images and Spiegel’s classmates made fun of his final project; they felt that the idea of impermanent photos was not a feasible one. So, they re-launched under the name Snapchat in September 2011, with its parent company, Snapchat Inc.

In May 2012, 25 images were being sent per second on Snapchat and by November, over one billion photos were shared on the Snapchat iOS app, with 20 million photos being shared per day. Around this time, Reggie Brown left the organisation. In 2015 – 2016, new elements were added like ‘My Story’ and the ability to communicate through video chat, making it extremely popular worldwide. In 2016, Snapchat hit 10 billion daily video views. By April 16, it was in ‘Top Downloaded Apps’ in 28 different countries.

Other Products by Snap Inc.

In September 2016, Evan renamed Snapchat Inc. to Snap Inc. to coincide with the introduction of the company’s first hardware product, Spectacles – Smart glasses with a built-in camera that can record 10 seconds of video at a time. They launched these spectacles in ‘Snapchat Spectacles Vending Machines’. They were pop-up vending machines that would be there for a day in any location and then change every day. Then, on February 20, 2017, Spectacles became available for purchase online.

Controversy Faced During His Career

On December 31st, 2013, Snapchat was hacked. An anonymous group hacked them and approximately 4.6 million Snapchat usernames and phone numbers were leaked in a site named “SnapchatDB.info”. They sent a statement to the popular technology blog TechCrunch saying that their objective of hacking was to “raise public awareness … and … put public pressure on Snapchat” to fix this vulnerability. Snapchat apologised a week after the hack. There were many other controversies like – Federal Trade Commission, lens incidents, patent infringement, “Poor Country” remark, “Snap Map” privacy concerns, 2018 redesign, Rihanna controversy, body image concerns, and the claim that Snapchat employees abused data access to spy on users.

In 2015 Eddy Award was presented by the Los Angeles County Economic Development Corporation (LAEDC) in recognition of his leading role in the development of the LA County economy and in the creation of well-paying jobs for its residents.

I will end this with his quote –

“I think everyone is born creative but it can be suppressed by fear.” – Evan Spiegel

Why are Time Management Skills Important?

If Exams were a Horror Movie!

582
Prev Next 1 of 18
You cannot print contents of this website.