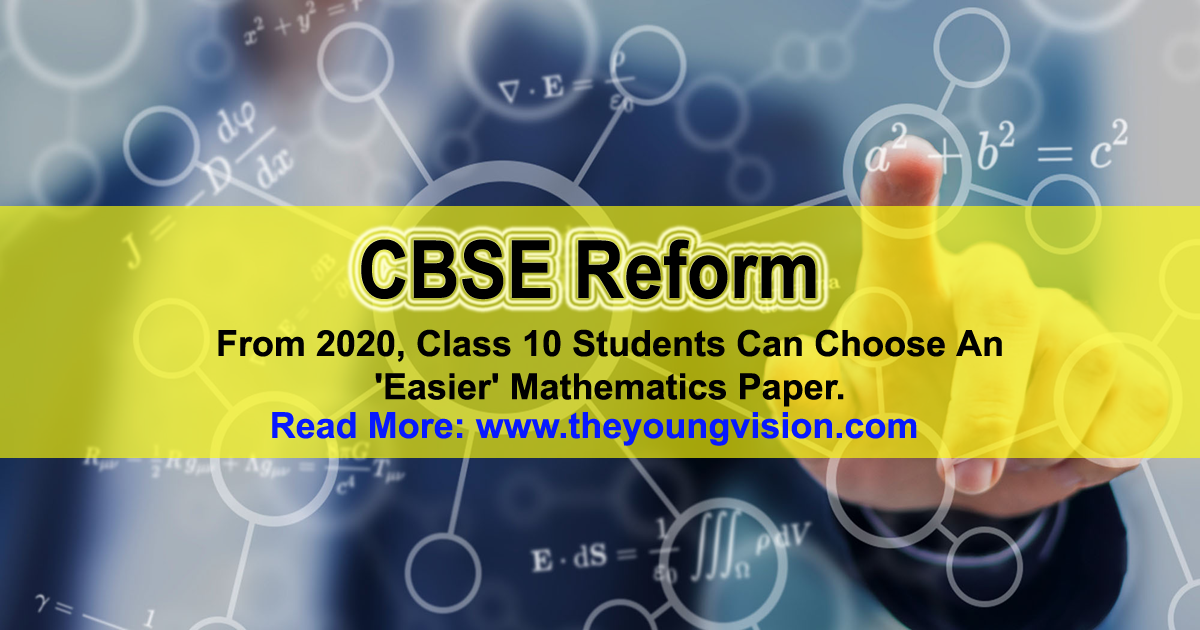 NEW DELHI: CBSE has announced introduction of two levels of Mathematics for class 10 students from the upcoming academic session. Class 10 students appearing for their board exams in 2020 will have the option to choose from one of the two levels of Mathematics. However, this does not have any bearing on the curriculum for class 10 Mathematics and all students, irrespective of what level they may choose, will study the same topics and chapters in school.

The decision was taken to reduce stress level among students who face their first major examination in the form of Boards in class 10.

The two level system, however, will not be applicable to internal assessment.

“The syllabus, class room teaching and internal assessment for both the levels of examination would remain the same; so that the students get an opportunity to study the whole range of topics throughout the year and are able to decide upon the level of Board examination depending upon their aptitude and abilities,” said CBSE in its official statement.

“A student will have the right to choose between the two levels of Examination at the time of submission of List of Candidates (LoC) by the affiliated school to the Board online.”

A student who passes in the Mathematics-Basic exam can appear for Mathematics-Standard exam at the time of compartment exam if they change their mind about studying mathematics at higher secondary level.