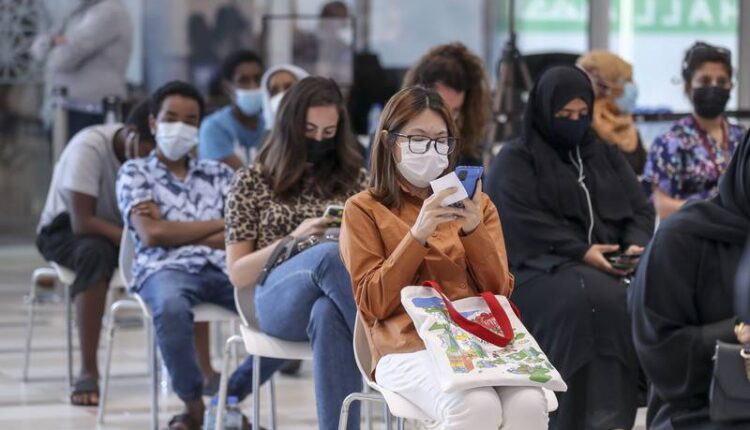 Privacy is paramount, with data appearing as percentages and numbers, showing no personal information

Parents in Abu Dhabi now have access to vaccination information for their children’s classrooms, bubbles and schools, the emirate’s media office announced on Thursday.

The announcement follows the integration of the Abu Dhabi Blue Schools Initiative into Al Hosn smartphone app and is effective immediately.

Children can be added to parents’ personal Al Hosn accounts and users can view school vaccination rates for in-class pupils. The data will be updated every two weeks.

Privacy is paramount and data will appear as percentages and numbers, showing no personal information.

“Our commitment to the health and safety of Abu Dhabi’s student and school communities remains our primary priority ahead of the new term,” said Amer Al Hammadi, undersecretary of Abu Dhabi’s Department of Education and Knowledge, which regulates the private school network.

“We believe this honest, responsible and private utilisation of data will afford increased visibility and encourage more parents to play their role in fostering health and safety across the emirate’s education ecosystem.”

It comes as Abu Dhabi’s private schools announced a switch to distance learning from January 3 for the first two weeks of the new term.

The move aims to safeguard pupil and staff health amid rising Covid-19 cases. Authorities have rolled out mass testing and vaccinations to curb the pandemic.

October’s launch of the Abu Dhabi Blue Schools Initiative is part of the pandemic response, and schools with the best vaccination rates will be able to end physical distancing rules and pupils will be allowed to go outside without masks.

A colour-coded tier system, based on the percentage of a school’s population that is vaccinated, determines what rules can be eased.

Since its launch, the initiative has helped drive increased vaccination uptake among private and charter school pupils, with 42 of schools already moving to the “yellow tier”, 22 to the “green tier”, and two to the “blue tier” after achieving a more than 85 per cent vaccination rate among pupils attending in person.

“While vaccination of students below 16 years old remains optional, we are confident that parents will continue to foster health and safety of school communities with further vaccination uptake in the new year,” said Mr Al Hammadi.

Meanwhile, the UAE recorded 2,366 Covid-19 cases on Thursday, its highest daily tally in more than nine months. Another 840 people overcame the virus and two died during the 24-hour reporting period.

The latest infections were detected as a result of the administration of 425,682 PCR tests.

Screening rates have increased in recent days in an effort to limit the spread of Covid-19.