The United Arab Emirates (UAE) has retained its position at the top of the world’s listing for countries with the most number of English-medium international schools at 589, compared to only 511 last year.

The data was released by The International Schools Consultancy (ISC), a leading global market intelligence and research firm focused on international English-speaking schools as part of a report that will be presented in full at the forthcoming International Private Schools Education Forum (IPSEF) Middle East on 27-28 September 2016 at the Jumeirah Creekside Hotel. 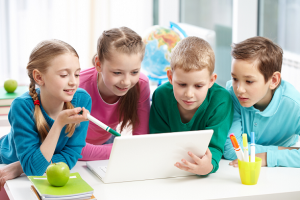 Going by city, Dubai leads the world for international schools by city with 276. Abu Dhabi lies in 3rd place with 154 schools, followed by Doha with 142.

The ISC’s data include pre-schools, primary and secondary schools.

“These impressive numbers only confirm the continuing growth the private, international school education throughout the Gulf region,” said Rhona Greenhill, co-founder, IPSEF. “That said, the business landscape is changing and this presents a number of challenges for private sector stakeholders which we hope to address at the forthcoming forum where we have invited experts on how the private, international schools sub-sector can continue its growth trajectory.”

Overall, the ISC calculates that more than 4.3 million students are now being educated at over 8,200 international schools worldwide; by 2026, enrolment is projected to reach 8.7 million.

“With the international and private school markets continuing to grow, and as competition increases, it is increasingly critical that schools and investors planning to open new operations in education develop strategies for success. IPSEF Middle East hopes to provide a unique reference point for all those involved in the financing, planning, design, delivery and management of a new school project,” ended Greenhill.

Data provided by The International School Consultancy (ISC). Full details to be presented at IPSEF Dubai on September 27th 2016.