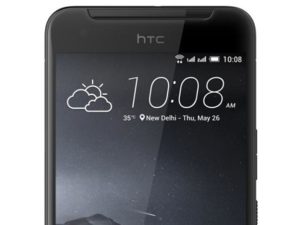 NEW DELHI: HTC has already confirmed the date for launching its flagship smartphone for this year. And although the official invite and teaser hint that the handset will be called HTC U, a new report from VentureBeat website has claimed that it will bear the moniker HTC U 11. The ’11’ in the smartphone’s name is likely to keep the sequence intact after HTC’s last year flagship HTC 10. It has been also mentioned that the smartphone will have a 5.5inch display and come in five different colour variants
White, Black, Blue, Red and Silver. For those unaware, HTC 10 comes in three colours Black, White and Gold.

Taiwanese consumer electronics giant HTC has launched its much awaited Vive VR headset in India. Priced at a hefty Rs 92,990, the device is exclusive to Amazon and will go on pre order starting April 22. It will also be available for in store experience (through interactive demonstration stations) across selected stores in the country. HTC has announced that U 11 will be launched on May 16. The Taiwanese tech giant will be holding three simultaneous launch events in Taipei, New York and London. The official website is live with a timer, counting to the launch date. It also has the text, ‘Squeeze for the brilliant U’.
On Twitter, HTC’s official handle also shared a teaser video with the same text. The 5 second teaser video shows a hand squeezing the side bezels of the device to trigger different actions. HTC U 11 will be the third member in the company’s U lineup, after the U Play and U Ultra. HTC U’s highlight is said to be a touch sensitive frame. Previous rumours have stated that the smartphone will have sensors under its
metallic frame, allowing users to launch apps and perform other options by squeezing, tapping or swiping on the metal edges.

On Twitter, HTC’s official handle has also shared a teaser video with the same text. The 5 second teaser video shows a hand squeezing the side bezels of the device to trigger different actions. Recently, noted smartphone tipster Evan Blass (@evleaks) tweeted an alleged image of the HTC U, which shows both the front and rear of the smartphone. The overall look and design of the HTC U appears to be similar to that of the U Ultra. The rear panel is made from a glassy ‘Liquid’ surface and has rounded corners. At the centre, the main camera with LED flash is visible. On the front, there is a selfie camera at the top right
corner and a Home button (possibly with an embedded fingerprint sensor) below the display. The rumoured secondary ticker display is not visible in the live image. The device is expected to have a 5.5inch Quad HD IPS display, Qualcomm Snapdragon 835 SoC, 4GB/6GB of RAM, 64GB of expandable
storage, 12MP rear UltraPixel camera and a 3,000mAh battery (with Quick Charge 3.0 support).