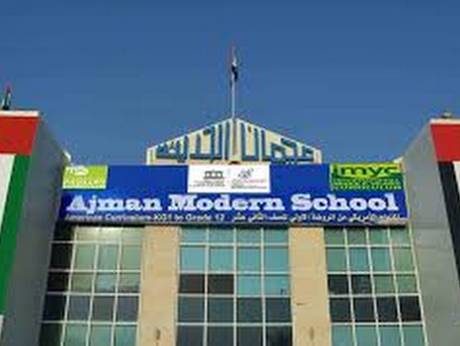 Administrators at the 47 schools in the Northern Emirates deemed “weak or very weak” by the Ministry of Education are calling for a reassessment of their facilities and curriculum.

With the schools in question having graduated top-achieving pupils in the UAE who are now studying medicine, engineering and international relations studies, administrators said they are surprised their schools ranked so low and question the validity of the findings.


School principals said they don’t know why they have been rated as poorly performing schools.

The 47 schools in Sharjah, Ajman, Umm Al Quwain, Ras Al Khaimah and Fujairah have been suspended by the Education Ministry from enrolling Emirati pupils after being rated poorly.

To address the issue, His Highness Dr Shaikh Sultan Bin Mohammad Al Qasimi, Supreme Council Member and Ruler of Sharjah, said on July 9 that he contacted the Minister of Education and finalised the issue of transferring the supervision of private schools in the emirate to a local body comprising international education experts to look at the “weak or very weak” assessment of the 47 schools.

Shaikh Sultan said last week: “We are working to improve the education process in Sharjah not only in form but also in content. This body is working under my personal guidance to improve education standards, and will take care of everything going on in the classroom, such as the evaluation of teachers and teaching methods.”

Gulf News spoke to principals of a number of the schools in question.

Ebrahim Baraka, principal of Al Shola Private School in Sharjah, said, “We don’t know why the school was rated weak. When they named the school as weak, they did not give any report detailing why.”

The school rejected the assessment and asked the Ministry of Education to review their assessment and it got the same response without any justification.

The school was divided into three divisions — boys, girls and kindergarten. Each division had been visited by different committees and obtained different ranks despite the fact that all schools follow the same methods and standards.

The school was established in 1983 and had a high educational profile among UAE schools, Baraka said.

Last year, the top-achieving students in the Grade 12 UAE ministry examinations were from Al Shola Private School, Baraka said, and they were scoring the highest marks in all streams.

Amin Fraij, from Al Shola Private School, topped the list of achievers of all nationalities in the advanced exams with 99.8 per cent and 1,197.8 points.

“Every school has a plan for improvement. It would have been very helpful if we had got the explanation,” Baraka said.

“It would have been more helpful if they told us on what basis they ranked us as weak,” said Al Sha’ali, noting that the inspectors had visited her school only for three days.

“Is it enough to attend 50 lessons per day with a total of 150 lessons in three days to assess the school?” she queried.

Al Sha’ali said a large number of parents have more than one child in the school and they have also rejected the rating. They have asked her to give them a chance to intervene, she said.

Ajman Modern Private School has 1,060 students, 68 per cent of them are UAE citizens.

“We have been in this educational institution for 13 years and our goal is to serve the state. The school is run by Emirati cadres. I had worked in public schools for nine years and then was appointed principal in this school. The head of the committee told me to appoint a foreign principal,” she said.

Pupils who have graduated from the private school have created a WhatsApp group to support their alma mater.

“What is the purpose of publishing the names of these schools in this humiliating way?” she asked.

Saraswati Rajasikaran, director of the Bloomington Academy in Ajman, which has 19 Emirati pupils, said, “If there is a chance for a reassessment, we are certainly for it, and I am sure the result will be quite different. This is the first evaluation process in Ajman and I have a long experience in this field. I know that any school needs to prepare for three to four months before the evaluation process.”

Rajasikaran said one of the most frustrating things is that “we had signed a pledge not to publish the results. We did not receive a letter or email about it, but we were notified on telephone. However, the results were announced and the newspapers published some frustrating headlines such as ‘Do not register your children in these schools’.”

Saeed Nouri, supervisor at Ajman Private School, said the evaluation was a great shock to the school.

“We were surprised by the publication of the assessment results despite their warning and [after the authorities] confirmed that it [the results] would be confidential and would not be shared with other schools.”

A spokesperson of Dar Al Salam Private School in Ras Al Khaimah said, “Parents of several Emirati pupils have refused to transfer their children to other schools due to many reasons including the high fees in other schools. The parents will suffer because of the high costs and the lack of enough seats.” he said.

Ali Al Suwaidi, Emirati father of three students in Al Resalah Private School of Science, said he is confused by the order to not enrol only Emirati students to the 47 schools identified as weak.


“What is the difference between my children and the rest? If they believe a school is unsuitable, it should be unsuitable for all, not only for Emirati pupils.

“Better education should be provided to all pupils [without discrimination],” he said.

“If any school in the country is weak and does not provide pupils with good quality education … it should be shut down rather than separating its pupils.”

Majid Al Haj, an Emirati father, said his son is moving into Grade 12 in Al Wahda Private School in Sharjah.

“I was shocked when I saw the list. It’s a big problem to find another school for my son. He has been enrolled in this school from Grade 1 and he is moving now to Grade 12. The decision also came at a time when all schools are closed for vacation and it is difficult to find another one,” he said.

“It is a strange action from the Ministry of Education but the decision of the Sharjah Ruler has relieved us.”

Hanan Razzaq wants more details on why these schools have been listed as weak. Her daughter is moving into Grade 3 at the Bloomington Academy Private School. She said her daughter is doing well in the school and she has not noticed any negligence by the staff.

She said that they “contacted the principal to know why the school was ranked a weak performer but she herself had no idea why they obtained this rating”.

IGCSE vs GCSE: British schools in the UAE plot their own course as education debate rages

Major changes in Oman visa rules: All you need to know