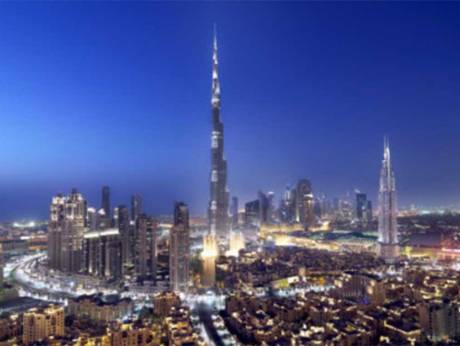 Dubai to ring in 2018 with Burj Khalifa laser show

Celebration dedicated to Zayed will also feature beaming of images on surrounding buildings choreographed to music. 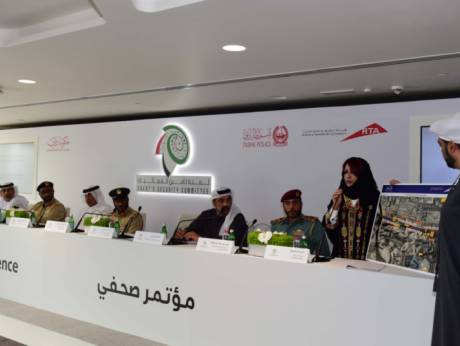 Accompanied with music, the laser show will span across several buildings in Downtown Dubai. It also will beam Shaikh Zayed’s images on Burj Khalifa and these buildings in a befitting way to usher in 2018 which is dedicated as the Year of Zayed on account of the 100th birth anniversary of the founding father and first president of the country.

Burj Khalifa’s developer Emaar Properties aims to secure a Guinness World Record for the show it is putting up in cooperation with various government departments.

Al Matroushi said fireworks were replaced with the laser show to offer “something innovative and spectacular” to Dubai residents. He did not reveal what record the laser show is attempting.

“There will be a lot of fun events even before the laser show,” he said.

Authorities have provided several support services including 23 tents across the event area. These tents will cater to lost and found items, first aid and lost children. The tents will also provide juices and water to the people of determination.

Brigadier Abdullah Ali Al Gaithi, director of the General Department of Protective Security and Emergency at Dubai Police, said around 1.5 million people are expected to visit Downtown Dubai in addition to residents in the area and people reserving viewing spots in restaurants and hotels.

“We have all our security plans in place and all procedures have been implemented by various departments to ensure a smooth flow of people and vehicles and safety and security of people and buildings during the celebrations,” he told Gulf News later.

“Two years before, there was a fire in the Address Hotel. It was not related to the event. But we took care of it. We have all plans in place to cover all the buildings in the area.”

Brig Al Gaithi said 32 entities are working for the security of the event including mobile police stations, Emaar security and volunteers.

He said additional security cameras and drones will be used for security purposes. “We will use everything that can help us make people happy and safe.”

As many as 1,200 firefighters and 100 volunteers trained in first aid are ready to meet any fire-related incidents, said Brigadier Rashid Khalifa Bin M. Buflasa, assistant director-general for Fire and Rescue at DCD. He said 180 firefighting vehicles and a new fleet of computerised vehicles with immediate response system as well as 130 fire extinguishers will also be provided.

Maitha Mohammad Bin Adai, CEO of RTA’s Traffic and Roads Agency, who announced the transport plan [See box] for the event, said: “Every year after the event, we had a single crossing point for pedestrians on Shaikh Zayed Road. This year, we have three.”

There will be four alternative parking areas as well.

While taxis can be used to drop people to the event area, she said, taxi service will not be available in the Burj Khalifa area after 8pm. “Only buses will be available to drop the people back to metro stations and parking areas after the event.”

Khalifa Bin Drai, executive director of DCAS, said 23 ambulances will be stationed around Burj Khalifa and eight ambulances at The Dubai Mall.

Officials urged the public to reach Downtown Dubai as early as 5pm to avoid congestion. Families and singles will be given separate entry and viewing areas.

As soon as the parking spaces are full in Emaar Boulevard, Dubai Police will close the roads for vehicles and only pedestrians will be allowed.

Get ready for a sky walk this New Year