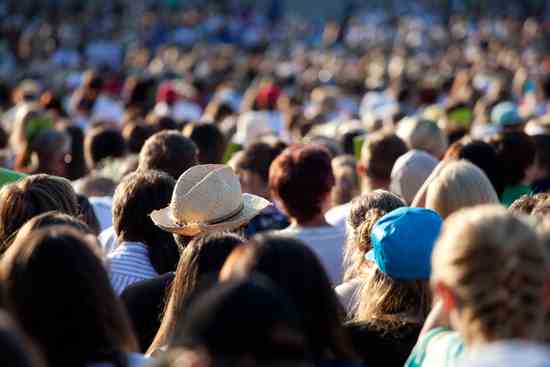 Over Consumption: The Underlying Monster

Today, every 10 seconds a child dies of hunger and every 21 another dies from contaminated water. 2.47 million trees are cut down each and every day. Every 24 hours, 200 species of our big family go extinct and thousands lose their homes for environmental reasons. On the other side of the world, as we like to call it (perhaps to increase the distances and set firm boundaries between us and the catastrophe in our world, pretending that we live on a separate planet), on this other side, every year 1.3 billion tons of food get thrown away because Sally doesn’t want that sandwich and Ahmed doesn’t like rice. Approximately 1 billion trees’ worth of paper are rotting in the garbage truck daily.

Is that a coincidence? Just bad luck? Or is there a connection? A link? A cause and effect in the crisis we face today?

As is common, these issues fit under the topics of climate change, pollution and poverty, and the     audience is always directed towards these headlines. Yes, that generates a great work force willing to make a difference. Yes we see a good improvement and an increase in awareness, yet unfortunately, no real change has been made to the statistics. The world still struggles, but WHY? Well all these work forces never reach the roots; they were always treating the symptoms with consecutive doses of placebos, never actually reaching the real underlying disease – over consumption.

Scientifically, over consumption is a situation where resource use has outpaced the sustainable capacity of the ecosystem. Sounds plain on paper, doesn’t it? Yet there is so much more behind over consumption than this mere definition. It has evolved to become a psychology, a lifestyle, a behavior, an attitude passed down to generations- the attitude of always having more, wanting more, asking for more, until we reached a point where satisfaction is diminishing from our dictionaries and slowly evaporating to a state where it can’t be brought back. Evidence of over consumption is found everywhere – from the over use of food and water, to energy and resources, to paper to clothing and personal goods. But why should you care?

Other than environmental issues, depletion of the ozone layer, the extinction of our food and water, social consequences (which are often overlooked), we also do not realise that if we take up the lion’s share of the planet’s resources, then others have less to live on. These resources are exploited and used for producing goods and services for the minority of the world’s population, instead of being used to provide the basic necessities of food, water, health, sanitation, etc. for the rest of the world’s population. The bottom line is this: in order for you to satisfy your every want, a child is being deprived of his basic needs, including education of course.

To solve a problem is to be aware of it, and for that I encourage each and every one of you students reading this article to take action and make a change.

The Importance of Soft Skills in the New Millennium

Here’s a Peace of My Mind