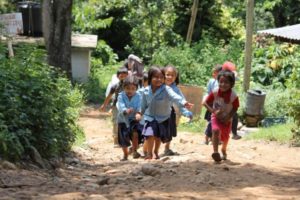 23.6% of Egypt’s population are youth: CAMPAS

CAIRO, 12th August, 2017 (WAM) — Egypt’s official statistics agency CAPMAS said on Saturday that 23.6 percent of the country’s population – 21.7 million people out of 93 million population– are between the ages of 18 and 29, 48.5 percent of whom are members of the workforce and 26.7 percent are unemployed.

The CAMPAS statement, which was issued on International Youth Day, said that 51 percent of the youth are males and 49 percent are females.

Among Egypt’s youth, 62 percent use computers, 96.7 percent use mobile phones, and 61.9 percent use the internet, while 76.8 percent of internet users use social media networks Facebook and Twitter.

According to the UN’s official website, 2017’s International Youth Day is “dedicated to celebrating young people’s contributions to conflict prevention and transformation as well as inclusion, social justice, and sustainable peace”.

Since its adoption in 1998, International Youth Day is celebrated every year on 12 August.